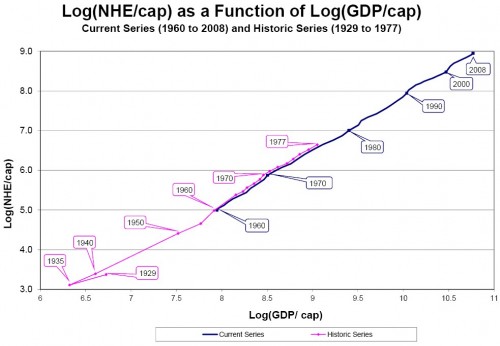 The secret of Bachmann's success is that every time you laugh at her, she gets stronger. In modern American politics, being the right kind of ignorant and entertainingly crazy is like having a big right hand in boxing; you've always got a puncher's chance.

Americans are prone to cycles of belief in decline. The Founding Fathers worried about comparisons to the decline of the Roman republic. Moreover, cultural pessimism is very American, extending back to the country's Puritan roots. As Charles Dickens observed a century and a half ago, "if its individual citizens, to a man, are to be believed, [America] always is depressed, and always is stagnated, and always is in an alarming crisis, and never was otherwise.

The upper 1 percent of Americans are now taking in nearly a quarter of the nation’s income every year. In terms of wealth rather than income, the top 1 percent control 40 percent.

The folks over at OkCupid analyze large data sets to find surprising results, then blog about them. The latest article is about lightweight questions that correlate to something more serious you want to know. One in particular jumped out at me:

We were very surprised to find that this one question very strongly predicts a person's ideas on these divisive issues:

Should burning your country's flag be illegal?
Should the death penalty be abolished?
Should gay marriage be legal?
Should Evolution and Creationism be taught side-by-side in schools?

This correlation is for a nationwide dataset; it won't be as useful in places where one ideology is much more prevelant than the other. For example, in New York City there are lots of people who like simplicity and yet have Liberal politics.

via blog.okcupid.com
Browse the Archive »