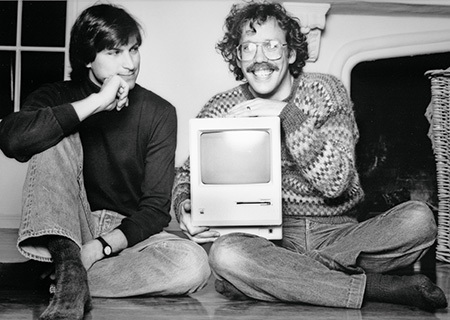 Your inspiration by example was “insanely great”.

Consensus is growing that young adults aren’t being taught the basic skills that lead to critical thinking.

The nonprofit American Council of Trustees and Alumni (ACTA) has rated schools according to how many of the core subjects are required. A review of more than 1,000 colleges and universities found that 29 percent of schools require two or fewer subjects. Only 5 percent require economics. Less than 20 percent require U.S. government or history.

Some people recite history from above, recording the grand deeds of great men. Others tell history from below, arguing that one person's life is just as much a part of mankind's story as another's. If people do make history, as this democratic view suggests, then two people make twice as much history as one. Since there are almost 7 billion people alive today, it follows that they are making seven times as much history as the 1 billion alive in 1811.
The chart below shows a population-weighted history of the past two millennia. By this reckoning, over 28% of all the history made since the birth of Christ was made in the 20th century. Measured in years lived, the present century, which is only ten years old, is already "longer" than the whole of the 17th century. This century has made an even bigger contribution to economic history. Over 23% of all the goods and services made since 1AD were produced from 2001 to 2010, according to an updated version of Angus Maddison's figures.

via economist.com
48 hours after Irene, Home Depot decides folks might want to respond to the storm. And the thing is, with more than half the state still without power, they're right. These are flying out the door. 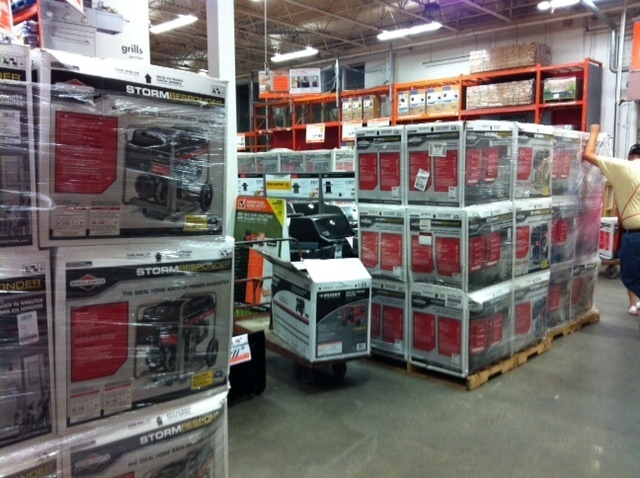 But there's just one snag... No extension cords, and they're sold out of DIY plugs too. Everyone's got a generator, but the whole block has to take turns using one cord. Oops!

It was almost as if there was a secret world of pronouns that existed outside our awareness. 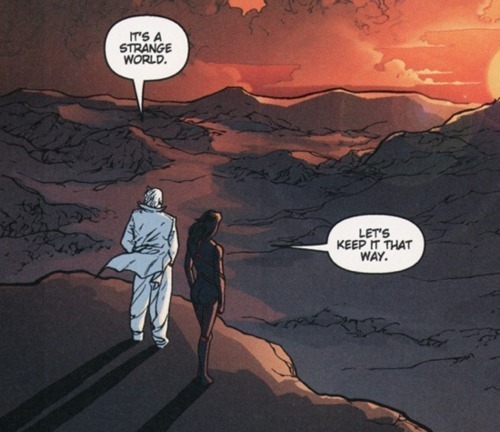 Efforts to systematically anticipate when and where crimes will occur are being tried out in several cities. The Chicago Police Department, for example, created a predictive analytics unit last year.

But Santa Cruz’s method is more sophisticated than most. Based on models for predicting aftershocks from earthquakes, it generates projections about which areas and windows of time are at highest risk for future crimes by analyzing and detecting patterns in years of past crime data. The projections are recalibrated daily, as new crimes occur and updated data is fed into the program.

via nytimes.com
The problem I see isn't the different points of view about the reasons for the civil unrest.  Debate is fair and good.
The problem I see is how incredibly thick-headedly incapable of putting herself in the shoes of the interviewee the white, well-paid, and completely insulated BBC newswoman is behaving.
The BBC newswoman says, essentially, "Okay, you're saying you've been systematically mistreated for 20 years, subject to daily police harassment not endured by the more privileged population I move in, and sure, you're saying the cops blew a guy's face off, but that's no excuse for acting out." So what would be an excuse?
Her disrespect and just talking over him with the help of her sound producers echoes the police chief quote from the weekend, it's "regrettable" the cops took the life of the guy in the cab but "utterly unacceptable" that some windows get broken or buildings burned down in response.
If he could have managed to reverse those two words, calling things that can be rebuilt "regrettable" and things that cannot be undone "utterly unacceptable", it might go a long way towards evidencing some comprehension of sentiment on the street.
No instruments, just a capella - Danish acapella vocal group - specialising in nordic vocal soundtradition and paying their tribute to the 90's dance hits in their own a capella way.

Play in HD and pump up the volume.
Browse the Archive »